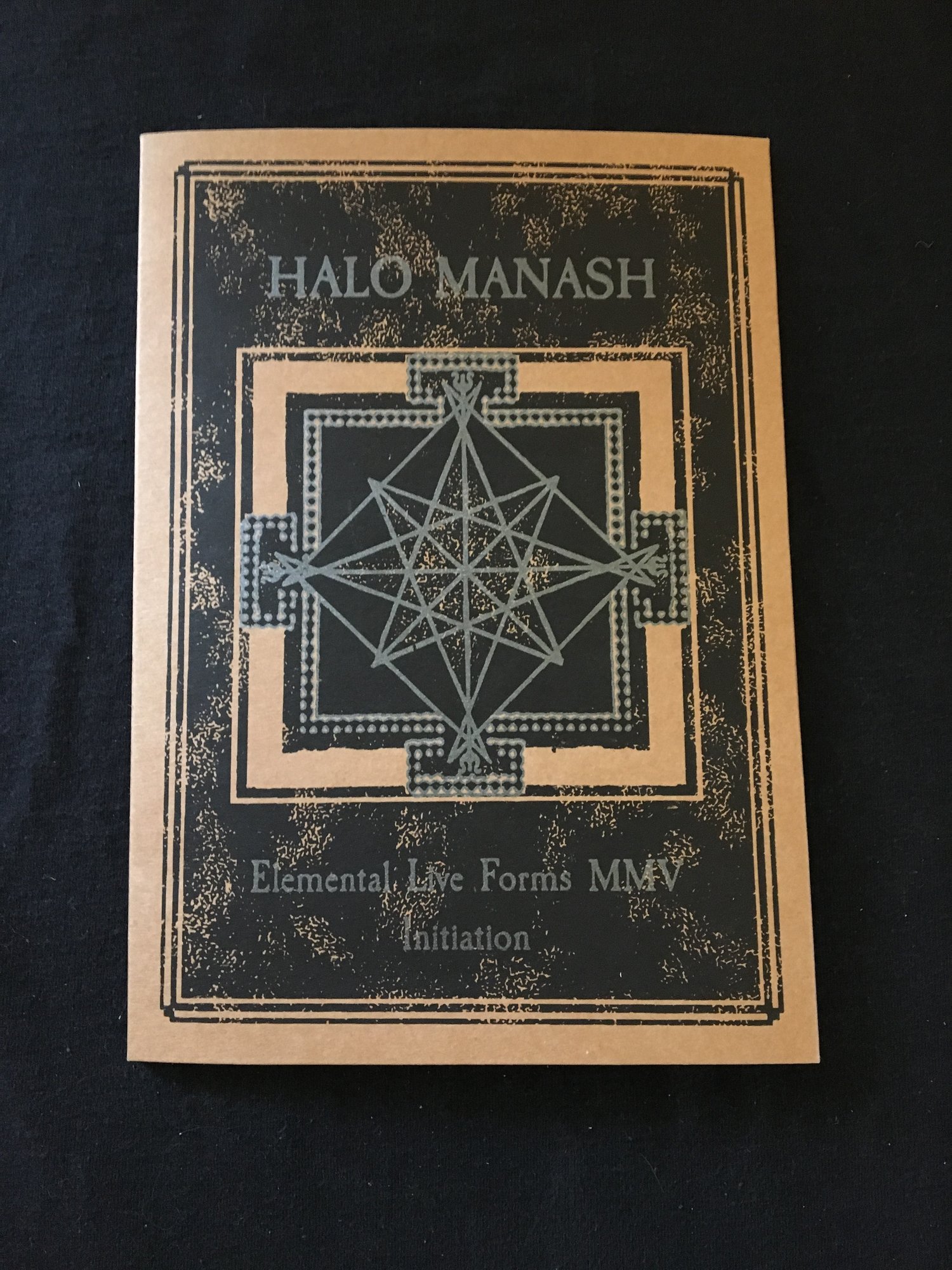 Over a decade ago, Halo Manash, an entity previously only known for its aural output, took the force and form of a live ritual perfomed by group of four mediums, in Tampere, Finland. ‘Elemental Live Forms MMV – Initiation’ is a recording of that first public Halo Manash live ritual, and also a complete, previously unreleased work in itself. The work was presented only a single time, also being the only time the involved personae of the group perfomed together as one.

The live ritual focuses on the boundless elemental form returning from metaphysical pilgrimage – it bridges the worlds of being and non-being. Ash and antler, blood and bone, drum and drone, tree and metal collide to create an intense audial journey between worlds – one of re-birth, initiation, and primal thundering.

Much more than a mere live recording, this seminal work, ‘Elemental Live Forms MMV – Initiation’ is now finally released in limited CD and cassette editions. The package, as an object of power, is handmade in the underground Aural Hypnox laboratories, featuring various guiding sigils, inserts and historical notes from the Halo Manash archives.

The CD edition is enclosed in an oversized screen printed cardboard covers including a 4-panel booklet, 4-panel xerox-insert and eight, two-sided insert cards within a stamped envelope. Limited to 444 copies.